Punk Prayer: an ode to the generation of '76 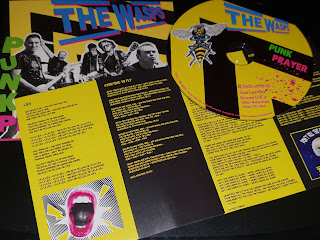 Having been part of the punk rock movement that shook the UK with the ferocity of a native uprising in the mid to late 1970s, reviewing The Wasps latest CD was something of a trip down memory lane.

Having written about the band several times since their reformation in 2020, and interviewing both the original lead singer and song writer, Jesse Lyn-Dean, and his guitarist, Martin Hope, reviewing Punk Prayer was a task I undertook with enthusiasm.

The CD is the follow up (although delayed by some 40 years) to The Wasp’s 1976 album, Punkryonics Plus, an album that brought the band considerable success.

Described as one of the best bands to emerge from the original British punk explosion, the band launched their latest offering with a mini tour in June 2022, which took in several dates in Spain, Portugal and the UK, including the celebrated Water Rats venue, located in the increasingly vibey music scene of Kings Cross.

The first thing that struck me about the new disc was that it captured the energetic feel of their live performances, something that is often lacking in the recordings of good live bands. Another plus is the fact that Jesse Lyn-Dean’s song writing ability is as good now as it was back in the day; talking of which, Punk Prayer is also available on vinyl. 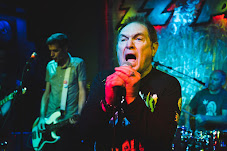 The bands uniquely fresh sound captures the electric ambient of the sweaty pubs and venues of the London punk scene, a scene that The Wasps were a big part of almost half a century ago.

The band’s solid rhythm section (Kiko Álvarez on bass and Roly Quesnel on drums) and the powerful guitar work (Martin Hope and Perico) augment Jesse’s incredible vocal ability, which has attained the youthful arrogance of the movement that shocked a generation to its core during the premiership of James Callaghan.

Jesse’s songs are well structed and full of catchy, melodious choruses that cover all aspects, from jilted love (It Don’t Matter to Me/Lies), to protest songs (Don’t Kill the Planet Janet), and anti-establishment (Advertising) – all, of course, the perfect subjects for a great punk album.

With lyrics like, ‘You made me wish that I was dead, found my best friend in your bed’, and ‘If you are looking for trouble you’ve found it’, Jesse’s songs are a true reflexion of the era that created one of the most enjoyable and innovative periods in the history of rock and roll.

Jesse has mellowed over the years and no longer hurls abuse or his mike stand at his audience (well, not often), but his music still retains an anarchistic approach that gives The Wasps an incredibly unique feel.

The new disc has managed to retain the ethos of punk, while adding a breath of fresh air to bring the genre respectfully into the 21st century.

Although it will be a good opportunity for old punk rockers to enjoy a nostalgic trip to the pogo and spit era, this album will also appeal to the new generation that is currently embracing the punk movement, especially here in Spain.

Don’t leave it so long next time guys! 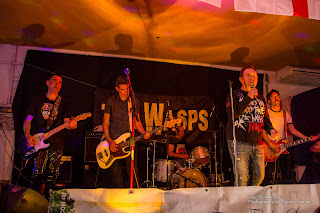 Popular posts from this blog

August 05, 2022
I loved to read biographies as a youngster. Some of my favourites were James Dean, Elvis Presley and Gene Krupa. Some of the stranger ones included Rasputin, Che Guevara, and the Kray Twins. The infamous East London gangsters had fascinated me as a child and I even went as far as writing to Reggie Kray in the late 1980s after reading his autobiography, In his own Right . To my surprise, and more so, to my mother’s, I received an answer from the notorious gangster thanking me for my comments. Several months later, I received a Christmas card from his brother Ronnie. Apparently, according to their biographer, John Pearson, the brothers would occasionally swap letters, and at Christmas would send out cards to those who had touched them in some way. Whether this is true, I’m not sure, but the Christmas card did arrive, although I have no idea whatever happened to it.   Interviewing authors is another part of my work that I particularly enjoy, for you never know what stories are to
Post a Comment
Read more

A Cohort of Creative Bohemians...

July 23, 2022
Several years ago, I began working on an idea for a book about my life as a writer and journalist in Spain. The book, I imagined, would include all of the people I had interviewed during the last 20 years or so, along with those whom I had met who had made an impression in some way. I quickly decided that this would be far too big a task, as the list of interesting individuals was vast to say the least, and so I had to rethink the project. I then began searching through the archives of the SUR in English for interesting interviews I had conducted for the newspaper, along with other files I had dusted off after many years of sitting dormant in my studio. I soon realised that the book would focus on the expat artistic scene of the Costa del Sol and set about compiling a suitable list of candidates to be included. This proved much harder than I first imagined, not because there was a lack of interesting people, but because there had been so many. After almost three years of working
Post a Comment
Read more